… in as few details as possible

I was born in 1949 – so it must be the storytelling which keeps me looking so young.

I spent most of my childhood in Cheshire – and there is still a slight northern accent to my English.

I disliked school, where I was an erratic and rather temperamental pupil.
I managed to fail ‘A’ levels completely at the first attempt – which puzzled the school as well as me since they had considered me rather bright!

At last I scraped the necessary three ‘A’ levels together to go to Liverpool University in 1970, where I eventually read History and Politics.

At the advanced age of 25, not knowing what else I could do, I recalled George Bernard Shaw’s dictum and decided to become a teacher.
I compounded this mistake by deciding to teach primary school children: the logic that being larger than the pupils would make life easier was soon disproved in practice.

After 18 months of being an over-stressed teacher in a small North Devon town, I chose to follow my fiancée back to Germany for a year.
That year began in December 1976 and has yet to finish. 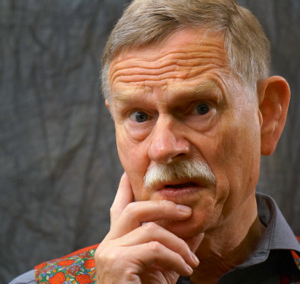 During that time I have learnt: