A beginner’s tale: of organisation and art

English storytelling in Germany? Well, 14 years ago I had never told a story to a public audience before, let alone to a public audience of non-native speakers. But I was asked to put together a two-hour show with a group of musicians who played medieval music – and walked out to see 200 adults sitting there. Admittedly, as an Englishman working here as a teacher and teacher-trainer, I had always told stories to my classes in the school where I worked – which was why the musicians invited me. But with 200 to perform to, this was for real!

That night I learnt three things all storytellers soon discover: One, that working with an audience is where you really learn about performing. Two, that once you have started as a storyteller there is no way you can stop. But three, that if you want to tell stories, you need to have people to listen to you. 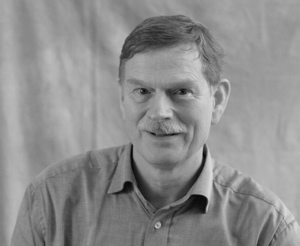 Organisation
Fortunately I live in a country where a reasonable knowledge of English is fairly widespread within the general population. Furthermore, the language and most things English have a high acceptance. So once I discovered to my surprise that I was launched on the road to becoming a storyteller, I had to begin to look for listeners.

I soon found that there is a potential for storytelling in English over here, but that it takes a lot of hard promotional work to realise that potential. Most listeners who come to a storytelling gig in the UK probably come because they are interested primarily in the stories. Most who come to hear me (at least for the first time) probably come because they are interested primarily in the English language. So my task was first to convince people who knew little about storytelling that this was really what they needed – but that is a situation familiar to many tellers even in their own country! At least I like to think that when they return to another performance perhaps a year later, they also come for the power of the stories.

The first eight or so years took a lot of hard organisational work – and all in pre-internet days: finding addresses, phoning people who had never heard of either me or storytelling, discovering what promotional material to print, sending mail shots, etc. But you will all know about that side of things – including learning the delicate art of discussing fees.

Now this organisational side of being a storyteller is a lot easier, in part due to having a great webmaster who has created a professional website as a labour of love and a contribution to the art of storytelling (although he had little idea of how much he was letting himself in for when he generously offered this over a glass of wine after a performance).

But what about the art?
14 years ago I was in the dangerous position of being a storyteller before I had had the opportunity to discover much about the art I was meant to be practising. I had had no training in either storytelling or drama. I had only heard a very few tellers and knew just a few tales. Yet when I was invited to tell, I naively jumped at the chance. That the listeners obviously liked us was flattering – but also dangerous; at first it was tempting to listen to the applause and assume that this was all there was to storytelling.

However, as I realised on that first night, working with an audience is a wonderful way of learning how to perform. As a beginner I was lucky to have a wide variety of audiences to learn from – and slowly to learn that there was a lot more I needed to know about both the art of telling and traditional tales. Not that this has always been a smooth learning curve. At least once successful self-promotion managed to get me onto a stage which was arguably a bit beyond where I should have been – as in 1995 when I talked my way into performing at Beyond the Border. (At least the audience liked me even if more experienced tellers saw the gaps which I was just beginning to see.)

14 years on
Learning more about the art is now a lot easier. Joining the Storytell listserv first put me in touch with storytellers whose understanding is much greater than mine but who are always generous with help. The discussions there taught me about traditional tales, taught me to re-think much of what I had been doing – made me sensitive to the art and power of storytelling. It even put me in touch with Alexander Technique, one of the single greatest helps for me on stage. From Storytell I also discovered the Society for Storytelling and, more recently, Facts & Fiction.

And here in Germany, although the storytelling scene is still very contentious, at least I now know other tellers. It was great to be at the opening in October 2003 of an exciting new project in Nuremberg, Haus der Geschichten (now the ErzählBühne). On 28th August 2004 five other tellers and I will hold the 3rd Nacht der Erzähler in a fairytale castle near Frankfurt.

So after years of learning in virtual isolation, I now have the support of a community.

And more fairytale good fortune – the English teaching scene in Germany currently sees storytelling as the flavour of the month. Which means there are plenty of teacher-training workshop opportunities for me to combine my two professions.

So storytelling in English in Germany? It has been hard work – but a tale worth telling!

Interesting for me to read what I wrote such a long time ago.
And how much the storytelling scene has developed here – a lot of which is due to VEE (Verband der Erzählerinnen und Erzähler)!